What to Wear and Bring? 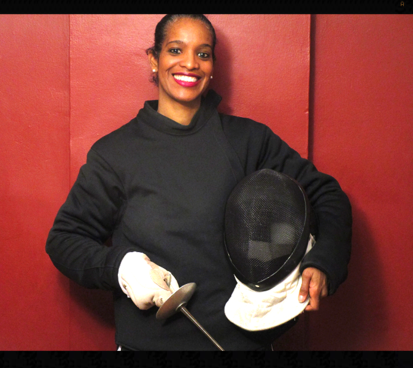 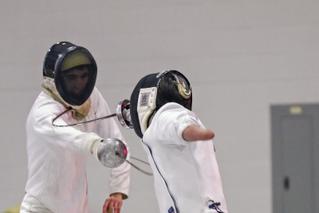 The sport of fencing has been around for many centuries and today is played in high schools, most colleges, and in the Olympics.  Just as many young athletes obtain scholarships for tennis, soccer, basketball, and other sports, many young athletes are also awarded college scholarships for fencing. From a physical perspective, fencing teaches children agility, strength, coordination, timing, and balance.  However, fencing also enhances a child’s ability to strategize and promotes self-esteem and teamwork.  MAFC fencing instruction is taught on novice, intermediate and advanced levels through a series of fun fencing drills, exercises, and games specifically designed for children ages 8-18. The main focus of classes will be for children to learn and hone their fencing footwork, pointwork, fencing techniques and bouting.  In addition in learning the sport of fencing, children will also be taught life skills such as setting and achieving goals, teamwork, confidence, and discipline. Ultimately, our goal is for students to have fun, grow as individuals, and learn more about themselves through fencing.

Catherine Humphrey-Bennett began fencing at the age of fifteen while attending Montclair Kimberly Academy (MKA) preparatory school in Montclair, New Jersey.  Soon thereafter, Catherine's hard work and diligence allowed her to achieve success, and as a senior she was not only a Junior Olympic Qualifier but was a 1st Team All-State Fencer for New Jersey.  Catherine received fencing scholarship offers from Fairleigh Dickinson, Brandeis, University of Pennsylvania, Rutgers, Penn State, Ohio State, and Temple University. Catherine “chose Temple,” which awarded her a full, 4-year fencing scholarship and the opportunity to train under Olympian Coach Nikki Franke.  In addition to earning a Bachelor of Arts degree in Journalism from Temple in 1988, Catherine assisted Temple’s Women’s Fencing Team to place 3rd, 4th, 2nd, and 4th at the NCAA’s for Division 1 Fencing from 1984-88, respectively.  Further Catherine was the National Intercollegiate Women’s Fencing Association Individual Champion in 1987, served as Captain of Temple Women’s Fencing Team in 1988, and was ranked one of the top 15 fencers in the country upon graduation. In 2006, in an effort to promote the sport she loves and give back to the community, Catherine began teaching  and coaching children ages 7-18 in fencing. MAFC was started as a result of Catherine's dedication and commitment to promoting  youth fencing.  Catherine is also a member of United States Fencing Coaches Association and she serves as the Diversity & Inclusion Officer for the Philadelphia Division of US Fencing.

Fencers should wear a t-shirt, shorts or light sweat pants, and sneakers.  Please Note:  Due to COVID all fencers will now be required to have their own fencing gear.  This would include  fencing jackets, masks, gloves, lames, plastron, knickers (if competing), and Covid protective mask. Electrical blades will be provided to fencers to use during class. Also Note: All Fencers Must Show Proof of Covid 19 Vaccination.

Fencers should bring a water bottle filled with their favorite sports drink.  If the fencer has an inhaler or any other device to be used in an emergency, please bring it with you and inform the instructor prior to class.